March the 1st blew through our offices with a gust so strong it came and went before we knew it.  But it signified National Minnesota Day, and as one of our objectives is to introduce you to the waterways and landscapes of different parts of our country, we are bound to do so. So we're playing a little catch-up, but still want to highlight this edition of Navigational Beacons with the state known best for it's 10,000 lakes. Or is it?  So I went looking for some information and found a really great article by John Downing that explains a lot of things I never knew, like the name of a lake scientist, and what makes a lake - a lake, and not a pond. Most of the lakes you'll read about here are still covered in ice, and I've seen a lot of ice fishing and big catches on many of them recently, but they'll thaw, and they are beautiful bodies of water and, for many of you, new places to explore. I hope you will enjoy the read as much as I did.

Minnesota is the land of lakes.
Ever wonder just how many?

Growing up in Minnesota, I felt some pride that we must be the most "lakey” state in the nation because we had 10,000 lakes. Of course, I didn’t think we had exactly 10,000 of them, but I could imagine the consternation early explorers would have felt had they counted only 9,999. As a limnologist - a scientist who studies lakes and rivers - I have spent a fair bit of effort counting and measuring lakes and have an answer to an often-asked question, “How many lakes are there in Minnesota?”

I’ll get to the answer shortly, but first it’s important to understand why, in addition to state pride, this question matters. 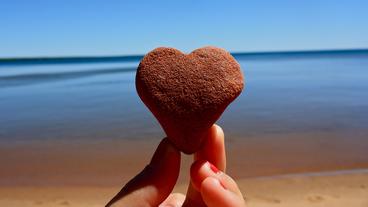 Beyond being wonderful places to fish, swim, and vacation, lakes are important in the landscape and economy of Minnesota (and anywhere, really). From a weather standpoint, the fraction of lake area on the landscape (called limnicity) has a significant effect on the land’s ability to resist or moderate temperature changes due to weather. This is why Duluth, on the shore of Lake Superior, cools more slowly in autumn and is slower to warm in spring than other places in Minnesota.

Because surface freshwater is one of nature’s most precious resources, having a lot of lakes and a lot of lake volume helps keep Minnesotans water-secure. Also, because lakes and ponds are important wildlife habitat, having a lot of lake surface area is good for outdoor recreation of many kinds, even if it that recreation doesn’t take place on water. The distribution of lakes of different sizes is pretty important too, because lakes of different sizes have different characteristics that are important to people and for nature. For example, people like to recreate more on large lakes because they can be more fun for boating and tend to have shores and beaches that are less mucky than those of small lakes. Some kinds of wildlife or plants can’t grow in big lakes because they are too wavy and turbulent.

The amount of shoreland around lakes of different sizes is also important. A 2018 review of tax records by Minnesota Sea Grant found that there was about $76 billion in privately owned shoreland in Minnesota. Knowing how much lakeshore there is has important economic implications because it can be important in determining the property tax base. As climate changes, so too will the land area covered by lakes and the number and kinds of lakes on the landscape.

I hope I have persuaded you that there are many reasons that we count lakes and to know how big they are.

Why Lakes are Hard to Count

Why is it difficult to accurately count Minnesota’s lakes? There are simply many more small lakes to count than large ones. Think of the last time you had to pick up broken glass. There were likely a few large pieces, a bunch of medium-sized pieces, and too many tiny shards to count. The size distribution of lakes in a landscape follows this rule, at least in a newly formed landscape. That is why there are few big lakes, more medium-sized lakes, and many small ones.

Lake scientists – limnologists - can make educated guesses about the number of lakes in a landscape by measuring and counting the bigger lakes and using that number to estimate or project the number of smaller lakes. I wrote about this here: Downing et al. 2006. The global abundance and size distribution of lakes, ponds, and impoundments. Limnology and Oceanography 51(5): 2388-2397. 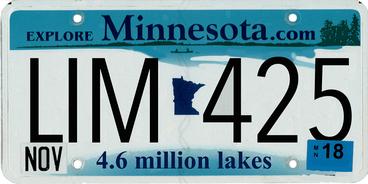 When I count the lakes in Minnesota, I find that the number of lakes and waterbodies after glaciation (about 10,000 years ago) must have been around 4.6 million.

Almost 50% of the total area of those 4.6 million lakes (about 15,000 square miles) would have been made up of lakes smaller than one-quarter of an acre each (about 11,000 square feet). No one can know the exact number of lakes. Even satellite photographs cannot help us because many lakes and ponds are just too small or too indistinct to distinguish from the surrounding land and lakes may not even look like lakes in aerial or satellite photos.

Luckily, our friends at the Minnesota Department of Natural Resources are also really curious about this. Since about 1991 they’ve been assembling a huge database about everything in Minnesota that could be counted as a waterbody. They did this by creating a geographical information system (GIS) map from satellite photographs and calibrating it to actual measurements on the ground (ground truthing). Then, they painstakingly measured the total area and shore length of every lake, pond, reservoir, wetland, river and stream they could recognize. Where they could connect these waterbodies to names and other MNDNR information they put them into the database. Using MNDNR’s database, I created a simple spreadsheet in a form that might be easier to scroll through for most people.

In my simpler spreadsheet, I removed all of Minnesota’s lakes that overlap with other states and kept the Minnesota parts of lakes that cross the Canadian border. Also, MNDNR’s database listed several lakes more than once if they were made up of several lakes connected together. The classical example of this is Upper and Lower Red Lake which was listed as one big lake as well as two separate lakes. I removed those duplicates. Some may disagree with me on my choices on these, but I looked at this from a limnological standpoint and not from one of bragging rights.

For example, Lake Minnetonka consists of 16 relatively independent basin-lakes that taken together are considered by some people to be one lake. From a scientific or limnological standpoint, a lake is independent if water and material can flow to all parts of the lake. I consider Lake Minnetonka to be 16 independent lakes and its largest basin-lake is 5,986 acres, which makes it Minnesota’s 38th largest lake. If I considered Lake Minnetonka one lake, then all its basin-lakes would sum to about 14,240 acres, and collectively it would be the 12th-largest lake in Minnesota, between Cass Lake and Ottertail Lake.

What’s the Difference Between a Lake and a Pond?

The MNDNR database lists more than 117,000 waterbodies. The smallest is only 0.004 acres (174 square feet). That little waterbody is called Nemo Pond and is found in Isanti County. Lake scientists – limnologists - define a lake as a waterbody large enough to have a wave-swept shore. In order to have a wave-swept shore, a brisk wind of about 30 knots (34.5 mph) would need to blow across enough surface water to raise waves of about 4 inches in height and displace fine sediment. Assuming that a waterbody is more-or-less round, this would correspond to a waterbody of about 10 acres in area.

So, Minnesota Has How Many Lakes? 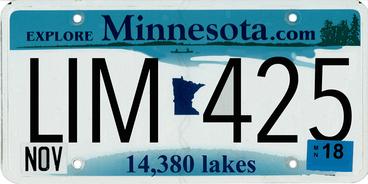 Drum roll … The MNDNR database suggests that Minnesota has 14,380 lakes if you count lakes that cross the U.S. – Canada border and do not count a few lakes that are mostly in other states. And did not count waterbodies under 10 acres.

In my travels across the state, I have heard several claims that one county or another has the most lakes, the most area, or some other superlative. Based on the MNDNR database, here are my claims.

According to MNDNR’s database, Minnesota’s top 20 largest lakes in order, including Lake of the Woods, but not Lake Superior are:

Top 7 Counties With the Most Lakes

Top 6 Counties With the Most Lakeshore

Perhaps most surprising to me is how much lakeshore Minnesota has. Considering all lakes bigger than 10 acres, Minnesota has 34,248 miles of lakeshore. Only 22% of this lakeshore is on lakes larger than 1,000 acres, however, and people really like large lakes. Almost 40% of all the lakeshore in Minnesota is on lakes between 10 and 100 acres in size.

Minnesota has enough lakeshore to circle the Earth at the equator with enough left over to go from Minneapolis to Paris and back.